When reading up on the latest mobile technology usually brands like Apple, Samsung and now Google are taking centre stage, but each of their flagship phones are very expensive with only Samsung making a real effort to produce more affordable phones with the J series. If one is in the market for an affordable smartphone they are often forced to look for alternatives. There are lots of low budget phones that have flooded the market so fortunately there seems to be a smartphone for everyone but if you are in Latin America (more specifically Bolivia) you have one more phone to consider, the Accione by the Jala Group. 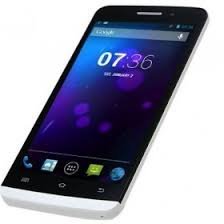 Accione is a low-cost model ranging from $159 -$299 which prices it competitively with other low budget phones (especially when you consider Bolivian Import tariffs on foreign electronics) and even has the option of having the open-ended OS Sailfish which could in theory allow more region-specific customization for different markets (Camacho, 2017). Understandably Jala is using patriotism to help sell the phone locally and the software engineers, as well as the country behind them should be proud of what they have accomplished but what potential impact can this phone have on Bolivia’s economy?
While the phone is designed in Bolivia, whether it deserves the “Made in Bolivia” label is certainly up for debate. Back in February Jala announced its intention to have the phones manufactured somewhere in South America (Filomeno, 2017) however they decided on manufacturing the phones in China (Garcia, 2017). The fact that the phones are not made in local Bolivian factories causes many to legitimately argue the immediate impact on their country’s economy is minimal and limited to a select few and while I normally promote trade between countries for long term growth you cannot look past Bolivia’s need for short term gain. Despite this, it does not mean the phones potential on the economy should not be overlooked. After all, if the phone is successful it could result in Jala’s growth which can help put a spotlight on Bolivia’s software engineering and start a brand-new industry. In fact, Jala’s founder Jorge Lopez stresses the importance of reinvesting in his community offering training programs in schools around Cochabamba (Garcia, 2017).
History has shown us that a few good companies can start a tech hub in the area where it was located. Hewlett-Packard and Varian Associates gave rise to the famous Silcon Valley (ICAN, 2017), Blackberry was responsible for making the Waterloo region Canada’s first tech hub (Levy, 2015). If Jala can help promote tech skills in Bolivian schools it can cause a rise in more tech ventures and Cochabamba could become a Latin American tech hub.
Jala’s decision to rely on Chinese manufacturing instead of Bolivian is unfortunate and their long-term potential impact on their economy is still purely hypothetical. Jala has a long way to go before they could have a fraction of the impact that these companies had on their communities but with their company growing from 200 to 800 employees (Lopez, 2017), it shows that for now they are heading in the right direction and time will tell if Bolivian’s will “buy locally” when it comes to making their next phone purchase.
References
Levvy, C. (2015). How BlackBerry changed everything. The Record. Retrieved from https://www.therecord.com/news-story/5799120-how-blackberry-changed-everything/
Garcia, M. O. (2017). Accione, el smartphone boliviano que llega para contribuir a la liberación tecnológica. Eju! Retrieved from http://eju.tv/2017/10/accione-el-smartphone-boliviano-que-llega-para-contribuir-a-la-liberacion-tecnologica/
ICANN (2017). About Silicon Valley. Retrieved From https://archive.icann.org/en/meetings/siliconvalley2011/about.html
Camacho, C. (2017). Conozca Accione y Accione P, los celulares de Jala. Los Tiempos. Retrieved from
http://www.lostiempos.com/doble-click/cultura/20171015/conozca-accione-accione-p-celulares-jala
Lopez, C. (2017). Jorge López y el “Accione” de Jala. Los Tiempos. Retrieved from http://www.lostiempos.com/oh/entrevista/20171009/jorge-lopez-accione-jala

About Matthew Glezos 376 Articles
Matthew is Canadian and has a Master in Business Administration. He has international experience in marketing and strategy. He has a strong interest in technology and combines it with the business side.