Like many, on September 12 I watched the Apple media event to see them launch the long rumored super phone, now dubbed the “iPhone X”. This was supposed to be the phone that would see a major upgrade from its predecessors and when the announcement finally came it did not disappoint. A beautiful new edge to edge display, wireless charging and facial recognition. Then came the bombshell, the phone could be yours for an astonishing $999USD, a $350 increase from its predecessor.

Many who are more qualified than I have written articles on whether such an astronomical price tag is justified so I invite you to read those articles to come up with your own opinion. Whatever you decide there is little doubt that this phone will sell, with one analyst predicting Apple will not be able to meet demand until 2018. 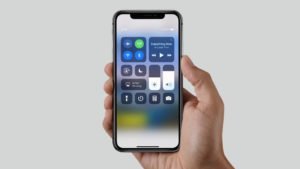 So how did the market get to this point? Why can Apple release a $1000 phone without any worry? The answer is known to everyone. Their brand power gives them that peace of mind. Apple has an average mark up of 46% on their phones so they have the ability to make it more affordable but why would they? Apple has been ranked as the most valuable brand since 2013 with the highest customer loyalty. Not to mention the media coverage of customers waiting in line for days outside of their nearest Apple retailer.

What does this all mean? In short Apple has a legion of loyal customers who willingly push their products to their friends and family while simultaneously tuning out what their competitors offer. They are also more willing to adopt to negative features (*cough* lack of a headphone jack) and are less sensitive to price increases, in this case a $350 one.

While the iPhone X is taking up all the headlines it is not the only phone Apple will be releasing this year. The iPhone 8 and 8 Plus will come out September 22 and itself is a good phone. The phone carries the same processer chip than the X as well as wireless charging, and even the 8 model comes with a camera that is superior to both versions of the iPhone 7. This means that for those who want an up to date iPhone on a smaller budget can still get one, but will they? Pre-orders for the new phone have been available since September 15 and have so far been disappointing. The phone will sell but to many of its followers the idea of not having the best iPhone is surely out of the question.

What about in Latin America, a market long dominated by Android due to its low-cost options and the restrictive tariffs many countries have implemented making the phones even more cost prohibitive. That does not mean the phones are not desired by many and resellers are often forced to smuggle the prized product into their respective country. One Argentinian store owner compares the process like that of smuggling cocaine yet it’s a risk that he deemed worth it. Markets that Apple is not even aggressively pursing still managed to get that luxurious image among Latinos, even if for now the product seems to be out of reach.

So, this is the unfortunate reality we are in. Like it or not, the brand power of Apple means that for the foreseeable future they will be able to name their price and many with lower incomes will simply be unable to afford it. This is not limited to Apple either. At number 7 Samsung is one of the top valued brands and its newest phone, the Note 8 will be flirting with the $1000 threshold at $930. The lesson here is simply to never underestimate the power of a name and a logo.

P.S. In case anyone is wondering I am currently using an iPhone 5s.

About Matthew Glezos 376 Articles
Matthew is Canadian and has a Master in Business Administration. He has international experience in marketing and strategy. He has a strong interest in technology and combines it with the business side.